When you think of dangerous strikers in the UFC’s welterweight division, the first two guys that come to your mind will most likely be Thiago Alves (19-8-0) and Martin Kampmann (18-5-0). For those of you who find this to be a valid statement, you have probably thought about these two duking it out in the Octagon at some point. The two welterweight titans will meet this March in Australia at UFC on FX 2, giving many fans a fight they not only wanted but will probably remember their entire lives.

The last several years have been rough for both fighters. Kampmann has had a temultuous relationship with the judges, losing two straight decisions to Jake Shields and Diego Sanchez that were controversial to say the least. Against Sanchez, the Danish striker did more damage to Diego’s face than the tsunami did to Japan but the judges somehow saw it. The Xtreme Couture disciple has since bounced back with a dominating decision win over the last man to defeat Alves in Rick Story and also feels he learned a valuable lesson in his TKO loss to Paul Daley that will help in against the similar striker in Alves as Kampmann explains in an interview I did with him last week. On the other hand, Thiago has won two fights in his last five since his challenge to GSP’s title. All of which saw the judges cards except his last…a picture perfect rear-naked choke that came as a result of the Brazilian stunning his opponent; Sweden’s Papy Abedi, with strikes then going on to finish him on the ground. Needless to say, this last several years of ups and downs has molded a special mentality to the minds of both men and that mentality is to finish every fight no matter what.

It is unclear where the winner of this fight will find himself in the division. With fights like Hendricks/Koscheck on the horizon and Ellenberger/Sanchez tonight, it is difficult to guage how the division’s title picture will come together over the next six months. Should Brian Ebersole win his next fight, whoever it may be, he will also be among the top of the division. Alves knows he needs a win to get back in the mix and being one of the worlds best strikers, he couldn’t be happier to be a facing another technical and sound striker in Kampmann. As for the ground play, Kampmann may have a slight edge but Alves has really focused on improving his wrestling and submissions, which he quickly proved in his last victory. The key to the rounding out of his skills is the method of his amazing team at American Top Team in which gym owner and fighter manager Dan Lambert brings in and houses elite wrestlers, strikers and BJJ fighters to work with the team on improving their weaknesses.

Since Thiago’s brilliant move to bring top notch nutritionist and fellow fighter Mike Dolce in to assist him with his dieting and weight cutting, he has not only made weight every time but changed his whole overall performance at 170-pounds.

Since the win over Abedi at UFC 138, Alves has appointed Dolce to do his strength and conditioning as well and feels this has given him a new edge that he was fighting without prior to his partnership with the founder of the infamous Dolce Diet. Alves caught wind of the possible matchup with Kampmann soon after his last victory and has been preparing hard with Dolce and the rest of ATT family ever since. Australian fans lucky enough to have tickets to this fight will get to see the 2.0 versions of The Hitman and Pitbull live.

Dave Herbert: Are you excited to be fighting a high caliber striker like Kampmann?

Thiago Alves: I have had alot of really high profile fights in the UFC but I don’ think I’ve ever fought such a tough striker, besides maybe Chris Lytle, who is nowhere near as technical as Kampmann. I fight much, much better against technical guys. I know its going to be a hard, fast paced fight and I’m ready to go hard for 15 minutes. I have never been knocked out and I plan to keep it that way. Mike Dolce has me in great shape and not just him but all my coaches at ATT. I love my gym and I have a great thing going on. We are working hard to make me a world champion but first things first I have to get through Kampmann. I think we are going to put on a great show in Australia, a place I have never been before.

Dave Herbert: What do you think of this matchup? Is Kampmann a fight you have thought about in the past?

Thiago Alves: I’m really excited. I’ve been training really hard for a long time now; since right after my fight with Papy. I love this fight. As soon as I heard about it, I talked to Dolce and we decided to start preparing for it ahead of time. I have a good feeling about this fight and I know its a good matchup for the fans and I think we matchup very well. I’m going to finish him. All the respect to Martin, I think he’s a great fighter but its my time; I’m going to bring the pressure and I’m gonna break him. I have watched all his fights and studied him and he is a very skilled striker but he doesn’t like to get hit and I’m definitely going to hit him.

Dave Herbert: His wrestling and submissions has improved greatly since he started training at Xtreme Couture. Are you willing to hit the mat with him or do you plan to use your takedown defense to keep the fight standing and test his chin?

Thiago Alves: I’m definitely going to test his chin and I’m definitely going to try and finish him. If I have the opportunity to take him down, I’m going to go for it but I will be happy to keep this fight standing. You know me, I love to strike but I’m ready to fight anywhere. I know he’s improved alot training at Xtreme Couture but that won’t stop me from imposing my will and winning this fight. We also have a program now at ATT where we are bringing in all these top notch wrestlers and providing them with housing. These guys are all studs straight out of college and are making a transition to MMA. I have my flaws with wrestlers but I am getting better and better and now I feel very comfortable in that area and as far the jiu-jitsu game I don’t think he’s going to throw anything at me that I haven’t already seen. I know Kampmann is very well rounded but I’m ready.

Dave Herbert: The credit for bringing in these elite wrestlers and fighters goes to ATT owner Dan Lambert correct?

Thiago Alves: Yeah, Dan Lambert is really changing the game and taking sport to new levels. Housing is something he was doing before and then he stopped and we went through a transitional phase where we lost some guys. It felt like there was something missing in the camp but now Dan is doing it again; bringing in top guys in all different styles to strengthen weaknesses and round out the fighters in the gym. The way Lambert runs ATT is beautiful. He charges 5% for training and management and that’s it. We are trying to grow even more and get the best fighters from all over.

Dave Herbert: The UFC has been to Brazil twice now but the timing was not right for you to be on the card. Are you hoping to get on the next card they do in Brazil?

Thiago Alves: I would love to but I don’t think I will get to be on the next one. It’s 14 weeks away and I have a feeling this fight is going to be a war bro.I mean you never know, money talks so if the UFC wants me on the card I will be ready. I definitely want to fight in Brazil this year regardless. I want to fight 3 times this year, hopefully again in June and then again before the end of the year so maybe it will work out so that I can be on a Brazil card.

Dave Herbert: What was your take on the Diaz/Condit fight?

Thiago Alves: When I saw it at first I was thinking Diaz because he pushed the pace and he ended the fight with a takedown and getting Condit’s back but then I see all the reviews and statistics that show Condit landed more strikes and basically outstruck him. None of it maters now though. Condit has the belt and that’s how it is and now he is a target for me.

Dave Herbert: What fight for you in the division intrigues you the most?

Thiago Alves: There’s alot of otions right now and welterweight is one of the deepest divisions right. If I go through Kampmann, my next fight could be anyone from the winner of Ellenberger/Sanchez to Brian Ebersole or even the winner of Koscheck/Hendricks. I would love to fight any one of them. Of course I would love to fight Diaz but that is out the window at least for now.

Dave Herbert: Say the UFC offered a decorated wrestler like Johny Hendricks. Would there be any hesitation in accepting the fight?

Thiago Alves: None. Hendricks would be a great matchup for me. He’s a great wrestler but this is not a wrestling match. This is MMA and everything changes once you get punched in the face. Also my current coach used to be Johny’s coach so that is a plus. Bring any wrestler because I’m ready.

Dave Herbert: Now that you have been working with Dolce steadily for a while, do you have your diet and weight cutting down to a science?

Thiago Alves: The first time I was like ‘I can’t believe this is going to work.’ The 2nd time I will still unsure but it was the last I knew no matter what if I stick ot this diet I’m going to make weight every time and be ready for war the next day. I have been competing in the UFC up until my last few fights with maybe 60% of my abilities. With Rick Story I will say I made a mistake…when I wanted to go to war it was too late. Dolce isn’t just doing my dieting but my strength and conditioning as well and has been since my last fight with Papy. Before Mike I used to blow up to like 205. Now I don’t go above 185 unless I do nothing and even then I don’t get above 200. I get lighter and lighter every training camp and now it like I can do it in my sleep. I’m very excited to see how it works out against a much better, more experienced fighter like Kampmann. 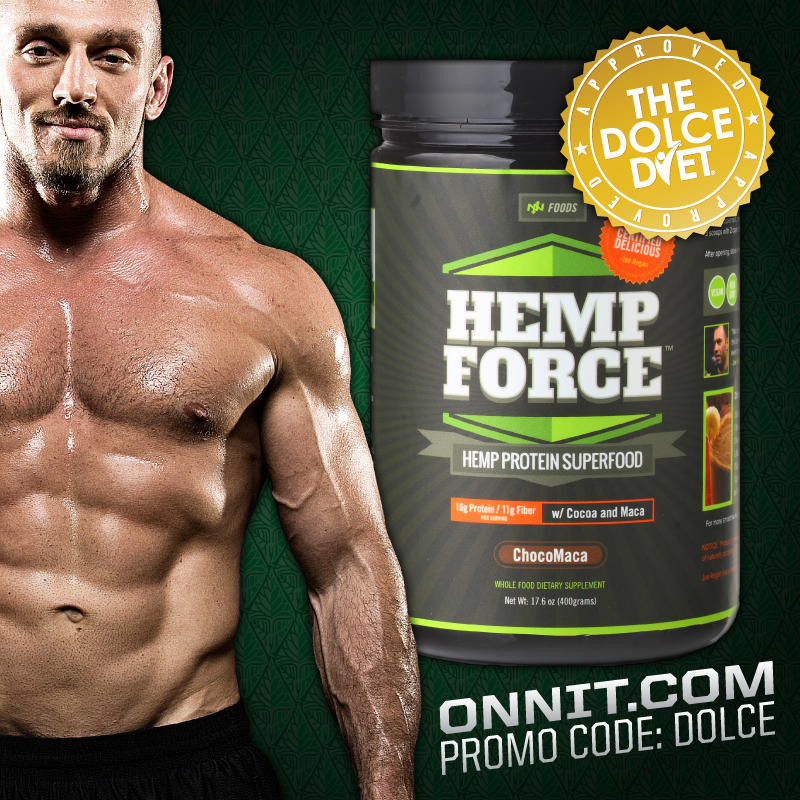